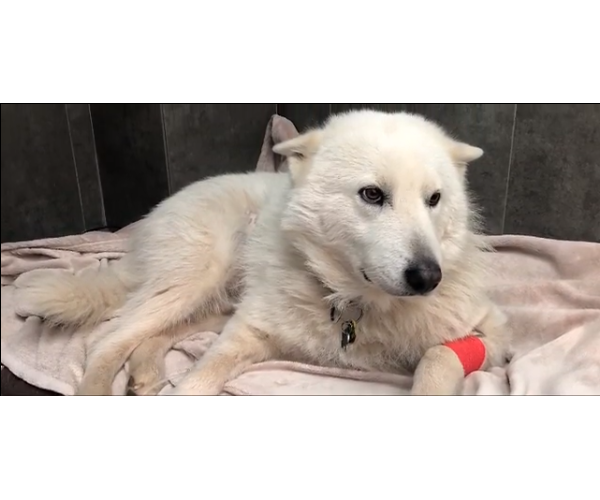 Today we tell you the story of Belyy.

This beautiful Samoyed came because little by little he stopped eating, had episodes of vomiting and was more decayed than normal. 🤮🤕

🔬 We performed diagnostic tests where we saw that there were objects in the intestine that were causing serious problems. 😰

We immediately scheduled an emergency surgery and our surprise was that his condition was much worse than the evidence reflected. 🏥

💉 His gut was PUNCHED by 4 sites and we also had to open a stomach and two more bowel points to extract the objects that caused the obstruction. 🤒

❌This type of surgery is VERY SERIOUS, and many patients fail to survive. ❌

👩🏻‍⚕️🤝👨‍👩‍👧We have made a deal with him and his wonderful family and, from now on, he will wear a muzzle to avoid problems again. 🤐

🙈If you see it, do not be frightened, it is a good-natured man with the mania of eating it all that has given us a scare almost … of death. 🐶

Fortunately Belyy is back in her normal life. After all positive controls👏🏼

👩🏻‍⚕️👩🏻‍⚕️👩🏻‍⚕️We are very happy and satisfied to have saved your life!

This website uses cookies to improve your experience while you navigate through the website. Out of these, the cookies that are categorized as necessary are stored on your browser as they are essential for the working of basic functionalities of the website. We also use third-party cookies that help us analyze and understand how you use this website. These cookies will be stored in your browser only with your consent. You also have the option to opt-out of these cookies. But opting out of some of these cookies may affect your browsing experience.
Necessary Always Enabled

Any cookies that may not be particularly necessary for the website to function and is used specifically to collect user personal data via analytics, ads, other embedded contents are termed as non-necessary cookies. It is mandatory to procure user consent prior to running these cookies on your website.